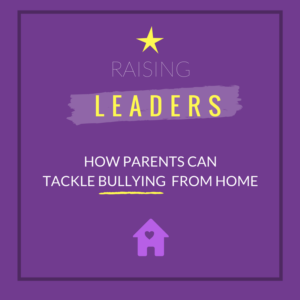 I’m worried about you so I wanted to check in.

Are things going ok or is having the kids home plucking your last nerve? Or is it a combination?

Speaking of having raw nerves, I want to address sibling bullying. Maybe your kids are being little angels.  But if sibling bullying was an issue for you before, being under the same roof for so long will most likely be torture for all of you.

(Note: Sibling bullying is not necessarily sibling rivalry. Rivalry can mean healthy competition. Bullying is repeated, intentional behavior that is meant to cause an imbalance of power. This  harmful abusive behavior can include name calling, intimidation, and physical aggression.)

And unlike peer bullying, there are no public campaigns warning parents about it. Yet it is just as common, if not more so: 46 percent of 6- to 9-year-olds are victimized by a sibling, according to one study. Among peers, 25 percent are targeted, according to American Justice Department stats. The difference is huge. – Scholastic Parents Magazine

When I asked the Committee for Children about this for my book, they said:

Here’s the challenge during these crazy times. Everyone’s nerves are raw: parents and kids alike. It’s can be hard to keep the peace when you need peace yourself. But discontent only adds to a frustrating situation. This might be one of the hardest times you’ve experienced.

There are many underlying stressors that can cause this mean behavior: one child is more aggressive than another; change in the home such as divorce or even a new baby; or a death in the family or loss of a pet. Add being frightened of an unpredictable situation to the list.

We get used to certain behaviors because they slowly become part of our home environment. With no breaks, it can suddenly become clear that the behavior has to change. In other words, coronavirus has forced us under one roof and denial is out the window.

Now more than ever we need to put peace before panic and kindness before anger.

This is not easy. But you’re not alone.