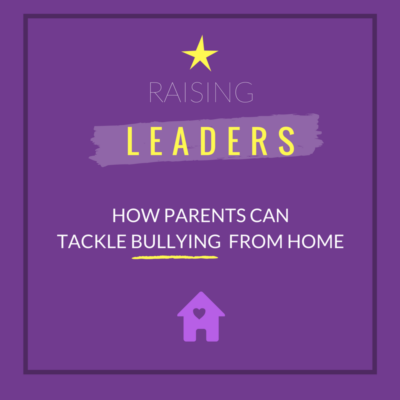 This is the most repeated piece of expert advice for kids in bullying and/or cyberbullying prevention.

Now to the tricky stuff. How to be trusted.

There are many barriers. Sometimes we only need to look back on our own childhoods to remember how vulnerable we felt.  Were you ever nervous  about going to an adult with an issue?  Will they get mad? Will they take it seriously? Will they judge me? Or will they share it? Is it worth the risk to get this off my mind or will it feel worse?

Hopefully, you found that trusted adult in your circle and they were able to lift that burden. If you didn’t, then you know just how hard it can be not to have that person in your life.

Getting to the Heart of the Fear

Donald was in fifth grade. He was instantly likable by adults. Mature for his age or perhaps more accurately, he could be described as ageless. Donald had a way of including everyone and although not boisterous, he was obviously an extrovert.

Knowing my interest in the subject of bullying prevention, his mom reached out to me to share that she was a little worried. Her son seemed to be retreating into himself. I reminded her that I’m not a counselor but she asked if he could come over after school for a chat anyway.

Over a piece of coconut cake, Donald told me that there were boys in his class that were making him nervous. They acted ok in the classroom but when they went out for recess they were picking on different people. He wasn’t one of those picked on yet but he was afraid that he would be next. He was one of the biggest kids in the class but he was trying to make himself  small and inconspicuous so they wouldn’t notice him.

(A light bulb moment: when kids see a pattern of bullying among their peers, they live in fear of being a target. Fear, under any circumstance, is not a great feeling.)

He was obviously unnerved but we also had a few laughs.  The more he talked, the more it dawned on him that these boys weren’t really that powerful. It wasn’t that simple, though.

A few weeks later he asked if he could stop by again. I wasn’t sure whether it was to talk with me or to have coconut cake but I was happy he asked. The problem was still there. This time he was scared of rumors. He shared that his classmates were really into starting rumors and he felt uncomfortable. He had a sense that some of the most recent rumors about calling someone “gay” were about him.

He shared that he felt spreading rumors was one of the toughest forms of bullying among the kids in his class. It made him feel unsafe and insecure.

Luckily, he wasn’t on Facebook or other social media platforms which potentially could have made things much worse.

(Re: Social Media. Even though the required minimum age is 13 due to COPPA, many of his 11 year old classmates had various social media accounts already and they simply were not mature enough. And at 13, complying with COPPA may not be a good enough reason to allow kids on social media if they’re not ready…or if you’re not ready.)

Even though Donald and I spent a little time talking about 5th grade, it was his mom and dad that saved the day(s).

When I asked him if he felt ok about talking to his parents, he said he would. Both parents were equally supportive. Listening, strategizing with him on how it should be handled, checking in with him, course correcting when he started to act out himself, understanding his worries but giving him the skills on facing his fears and sticking up for himself. Not easy because it can be hard for parents to see their child suffer. It can also be frustrating when you know it’s not going to be resolved overnight and it’s impacting their moods and behavior.

Donald is 20 years old now but we still crack up when we refer to those kids as the “knuckleheads.” (And btw, he became friends with some of them. A reminder to never label anyone as a bully for life.) He’s also aware that his parents — the Go-To Trusted Adults — did the right things and got him to where he is now: Confident. Caring. Courageous.

And he still loves coconut cake.