What perfect timing.  October is National Bullying Prevention Month and this morning I had a great conversation with an elementary school principal.  She brought up a great point.  She was worried that kids seem to react the opposite way when they host a bullying prevention assembly in the school.

She says that during the days immediately following the assembly, she gets a flood of kids coming to her telling her hat they’ve been bullied but  somehow, the kids it was supposed to affect — the kids who are actually being mean — don’t get the message at all.

This is not to say that all assemblies are bad.  It’s possible that the messages that experts are delivering in assemblies are getting through to a certain number of kids but how do you make sustainable change in a school?

Just as there are multiple problems complicating the bullying issue, there are multiple solutions.  When I talk about solutions, I’m talking about ways to improve the school climate.  I don’t think “bullying” can be wiped out completely but I do think we can change the balance in the school to one that feels safe and somewhat nurturing.  We also have to know how to help when a child has been bullied because it will continue to happen no matter what prevention measures you put into place.  The goal is to have every child feel confident — but they will never be totally immune to mean behavior.

I think the focus has to change from “bullying” to “leadership,” especially when you’re talking to kids K-8. 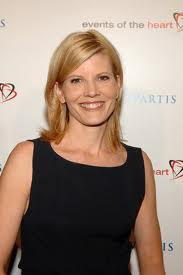 Last week, my friend Nancy and I went to an evening sponsored by NBC’s outreach effort, Education Nation.  The topic was bullying and it was co-hosted by correspondent, Kate Snow.  One of the guest panelists was Izzy Kalman, founder of Bullies2Buddies.  He is a self-described opponent of the anti-bully movement.  His theory is that we have to start teaching kids to stand up for themselves.  He says it’s the frustration of being a victim that leads to bad things — like mass shootings and self harm.

His counterpart on the panel was Thomas Krever, Executive Director of the Hetrick-Martin Institute and although they disagreed on some of the approaches to kids being bullied, they seemed to come to a similar conclusion.

Although they didn’t say it in these exact words, it comes down to teaching kids to be leaders.

Sound simple?  Simple concept and a lot of hard work to get there.  It has to start really young.  Pre-K and Kindergarten are not too early.

Leadership is the anti-bully.  If we can teach children from a young age how to be leaders,  there will be a better climate in the classroom.  A happier place leads to a more thoughtful place.  I really think all teachers and parents should read Stan Davis’s book,  Schools Where Everyone Belongs.

In a way, I wish October could be We Need More Leaders month.  To that end, there are free materials and suggestions on the Tangled Ball site.  Free because it’s really important that we work together to give children back their childhoods.

(By the way, I hope Kate Snow has recovered.  Ms. Snow is no stranger to news stories about bullying but I don’t think she could have been ready for the raw emotions that spilled over that night.  Although kids were in the room, it was the adults that shared the most about the scars that cruel behavior has left behind.  It was a reminder why it’s so important to keep going.)