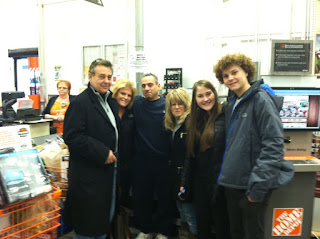 As we think about the good and the bad of 2012, I wanted to share the much needed rays of hope and the stories of leadership that even in the bleakest times, give us reason to keep believing that people are good.

Why does someone who has no obligation to help others and who could easily just write a small check and send it to charity, feel compelled to go the extra mile?  Or better yet, the extra 150 miles, which is what Tory Johnson and her family did as they shuttled back and forth from the comfort of the Upper West Side of Manhattan to the bleakness of post-Sandy Staten Island to help people they had never met.

I was lucky enough to work with Tory years ago and if there’s one thing I know about this dynamo is that she gets the most done in the shortest amount of time in the biggest way.  When she got inspired by Jon Bon Jovi‘s post storm tweet — “We may not have electricity but we have power” — she sprung into action.  Tory raised over $100,000 online. She promised to make sure that the money was spent directly to help the immediate needs of hard working families who lost everything in an instant on that scary October 29th.

Most people know Tory for her regular “Steals and Deals” segments on Good Morning, America and WABC.  Others know her as the founder and CEO of Women for Hire and Spark and Hustle or have read one of her books, but there are over 125 families on Staten Island who know her as a friend who stepped in when they needed it the most.

Tory and her husband, Peter, and their twins, did it the hard way.  After the money was raised, they came themselves to meet the families, listen to them, and then purchase what they needed to start the recovery process.  For many, buying a stove meant that they could finally have heat.  Purchasing tools meant that sheet rock could be replaced or a mechanics career could be saved.  Buying bedding finally meant a decent night’s sleep.

But perhaps more importantly, asking questions meant someone was listening proving that they really weren’t forgotten.

So many things struck me about their kindness.  Tory and her family are successful in their careers and their lives because they work at it.   They gave back to others the same way.  They didn’t do it the easy way because they knew that to be a real help, they had to see it for themselves.   They gave it over 100%.

The result?  During the time I was with them as they walked down the aisles of Home Depot and handed out $500 gift cards to shocked but grateful affected families at an elementary school, I heard person after person, inviting Tory and Peter and their kids to come back after they’ve (hopefully) fully recovered to go to their block party or their holiday dinner next year or a barbecue in their back yard.

They are unexpected friends for life.  Sometimes it just takes one to get you through. 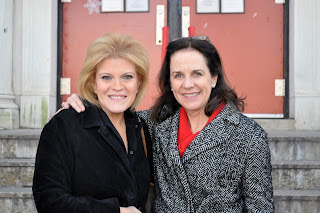