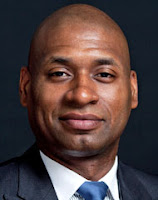 I had never thought of suicide before and had never remembered ever speaking the word, but, in that moment, the idea fell on me so completely and so agreeably that it was as if I had planned it.

I dug the bottle of aspirin from my pocket. I was going to take them all. I had no idea if they would kill me, but I hoped that they would. Then the questions came. Would it hurt? How long would it take? Would my mother be sad? Would I go to hell for committing suicide? Heavy questions piling up like boots at the bottom of a dark closet.

Before I could form answers, one of my mother’s songs came to save me.

The New York Times published this essay, The Bleakness of the Bullied, by Op-Ed Columnist Charles M. Blow on October 15th. He was referring to a time in his life that bullying and teasing were partly responsible for almost driving him to suicide. He was 8.

In today’s letter to the editor by Stuart Green, Director of the New Jersey Coalition for Bullying Awareness and Prevention, he adds,

And when bullying does occur, we must ensure that all children have the lifesaving adult support that rescued him, if not at home, then at school.

By sharing his story and lending his beautiful writing skills to helping us feel the problem, Charles should get a Be the One Go-To Adult Award!