By Susan RaischDecember 9, 2010 No Comments 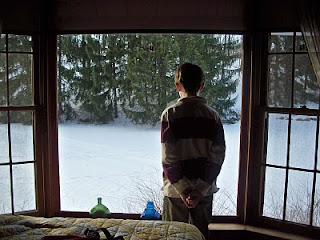 My last post talked about the elementary school “One for All” Leadership campaign. It’s simple goal is to have older kids mentor younger children. It’s not the whole answer by a long shot but it’s one of the answers in creating a more positive school climate. Although the older grades are asked to teach the younger ones lessons in friendship and respect, the overriding lesson is compassion.

You can’t talk about compassion. You have to demonstrate it. As the “buddies” get to know each other, they learn to listen to each other. Why is this so important? Because some types of bullying make kids feel invisible. No one should suffer with the feeling that they’re not important enough to be seen.

Why do we need to teach young kids empathy?
According to an article in Time Magazine’s August issue, How Not to Raise a Bully: The Early Roots of Empathy:

Increasingly, neuroscientists, psychologists and educators believe that bullying and other kinds of violence can indeed be reduced by encouraging empathy at an early age. Over the past decade, research in empathy — the ability to put ourselves in another person’s shoes — has suggested that it is key, if not the key, to all human social interaction and morality.

Someone commented on the post that a leadership campaign is “good in theory” but there are “mean teachers and mean kids out there.” I agree with three quarters of that comment. Meanness is the enemy and that’s why this fight is worth it. If part of the answer is making sure that there is someone in the building that “sees” each child, it’s worth a shot. Building compassion takes a lot of effort. It doesn’t happen overnight but the benefits get passed along for generations. It’s also fun and we could all use a little of that every day.

The most surprising part of seeing these partnerships in action? In the process of helping to build self confidence in the younger kids, sometimes it’s the older kids that benefit the most. When a first grader looks up to them as an eighth grader, it doesn’t matter if they’re the most popular in the class or if they were just ignored at lunch. All that goes away at the moment when a 6 year-old thinks you’re the coolest thing on earth.