By Susan RaischNovember 16, 2011 No Comments 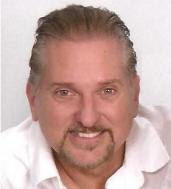 I read about the recent findings from the Pew Research Center study on Cyberbullying and Internet safety — Teens, Kindness & Cruelty on Social Network Sites — but before I could write about it myself, I discovered this article and low and behold, it’s by my cousin-in-law, Warren Raisch, an expert in all things online. Thank you, Warren, for allowing me to share this:

The Dark Side Of Social Networking – 88% of Teens Witness Online Cruelty on Social Networks.
Posted on November 14, 2011 by Warren Raisch on his blog Think Conversation!

An entire generation is growing up with the Internet as a central part of their daily lives. Social Networking is a big part of that daily experience. As social networks mature, it should probably be no surprise that they will start to reflect both the good and the bad elements of the societies that they operate in. Unfortunately meanness and bullying is a growing issue for teens according to a new report out from Pew Research Center’s Internet & American Life Project, which surveyed 799 kids ages 12 to 17 and a parent or guardian.

As a parent, I struggle with how much access to provide to my children on the Internet in general and with Social Networks. Being in the industry I recognize the power of the Internet and all of the wonderful access there is to knowledge, entertainment and connectivity to family and friends. But as a parent I also recognize the danger of too much access and lean towards controlled and supervised access for my children. My general practice has been to provide one computer to the kids with child protection software located centrally in our home in our Kitchen/Family room area where my wife and I can supervise all Internet access.

We monitor the sites they visit and the content they interact with. We are just entering the Social Networking participation with our oldest daughter and we have allowed her to set up a Facebook account with my wife and I included as friends and with us monitoring the activity. To be honest, I was very uncomfortable with the decision but since we know all of her friends and the family members on her Facebook account it is going fine so far. But I encourage parents to stay involved and don’t be afraid to monitor your kids. It is our responsibility to monitor them and guide them. If we don’t someone else will.

KEY SUMMARY FINDINGS FROM THE STUDY:

88% of social media-using teens have witnessed other people be mean or cruel on social network sites.

“Online lives and offline lives are now merging more and more, and that’s something parents have to be aware of,” says Jim Steyer, founder of Common Sense Media, a non-profit that educates kids and families about media use. “There is still so much we don’t know about how (social media) affects teens’ social and emotional development.”

About 93% of teens surveyed say they have an account on Facebook, and 62% say the profile they use most often is set to be private so only their friends can see what they post.

86% of teens say they have received advice from parents about how to be safe online.
55% of teens say they don’t post content that might reflect poorly on them in the future.
22% have had an experience on social media that ended a friendship with someone.

To read more, check out the full report.