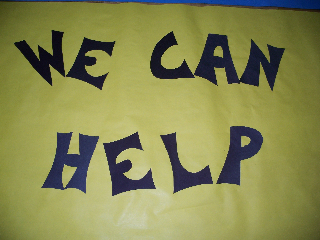 Bullying prevention is complicated.  Sometimes it seems that it’s bigger than all of us but it’s not insurmountable.  We have an untapped army out there.  If we start training bystanders to start stepping up from an early age, we’ve got a shot at creating safe and caring school climates.

Read on.  We can learn from the pint-sized upstanders in this story.

I was talking to a mom of a six-year old yesterday.  Believe it or not, her first grader has been on the receiving end of true bullying behavior since Pre-K.  Everything from emotional manipulation to punching and kicking.

She admitted that in Pre-K her daughter was “a biter.”  She didn’t feel she could address this situation appropriately in Pre-K because she had to work on her own daughter first.  (Don’t you love honest and realistic parents?) She was also a teacher before having children so she knew that what you do at home directly affects how a child acts in school.

Seems as if her own child matured beyond the biting stage but another little girl in her class didn’t.  Now that they are in first grade, her little girl had already been this other girl’s target for two years.  Once a light-hearted child ready and willing to go to school, my friend’s daughter was having stomach aches.

The mom went to the teacher many times and although the teacher promised to keep an eye on it, the problem continued.  Like many bullying incidents, most of them were being done behind the teacher’s back.

This seemed like a hopeless situation.  My friend was projecting a long and miserable school experience for her daughter.

The teacher was beginning to treat my friend like one of those moms.  She and the counselor started to blame the problem on her daughter being too sensitive.  (As my friend pointed out, anyone becomes sensitive after being mistreated for two years.)

What turned this bad situation around?  The little upstanders in the classroom.  Without “tattling,” the other classmates set the teacher straight.  They told the teacher the truth.   Everything that my friend’s child was trying to communicate to the teacher and counselor was true.

Then the principal stepped in.  She took the 6 year-olds at their word and the little girl was suspended for a few days. They’re working on a strategy for the rest of the school year and next year.

Encouraging Our Little Bystanders To Be Upstanders

Number One:  Make sure they know the difference between tattling and reporting.  The first is something you do to get someone in trouble; the second is telling the truth to make sure someone doesn’t get hurt (emotionally or physically.)

Number Two:  Children know how to manipulate their parents.  Make sure they know that “telling” on a sibling or friend isn’t cool if it’s solely to get their brother, sister or friend in trouble.  Telling you about something that will be helpful to correct a situation is very different and should be encouraged.  (If you have siblings, I don’t need to explain any further.  Most of us let a little jealousy get the best of us when we were kids.  That “green-eyed monster” is part of growing up but it needs to be called out.)

Number Three:  Catch them in the act of doing something good.  The children in that first grade class should be complimented for stepping up.  Of course, not at the cost of hurting their classmate’s feelings (kids shouldn’t be labeled as “bullies”) but because they told the truth and it helped the situation.

Leadership is the anti-bully.