Jennifer Aniston Proves that It Takes Seconds to Stop a Bully 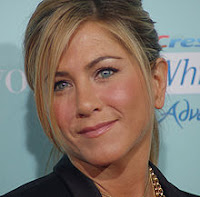 Dr. Michele Borba, a renowned parenting expert, speaker and author of The Big Book of Parenting Solutions, recently outlined her list of 6 Teachable Skills to Stop a Bully. In it she describes a study that indicates that when a bystander (or better yet, upstander) steps in to confront a bully, in over half the incidences, the bullying stops in 10 seconds. Imagine that. 10 seconds.

Recently, a megastar proved that point. Although this is fairly old news in the world of celebrityhood, apparently Jennifer Aniston stepped up to ask Perez Hilton to stop saying nasty things. Very, very tricky. It could have gone very well or very badly. What if Jennifer approached him and he used it against her? There are no rules when you make your dough dishing the dirt. But apparently the self proclaimed “Queen of Media” took it like a man and has promised to tone it down a bit. Risky for him as well, because being mean has been part of his schtick and even poor Perez has to eat at 5 star restaurants. (Not sure I still trust the guy but I have to give him credit for listening.)

This may be old star watching news but it deserves to be discussed a little more. What if we can train kids from young ages to step up? That’s what I’d like to accomplish in one school with a mentoring program called Be the One, based on Kathryn Otoshi’s award-winning book, One. It’s important to give kids skills to help stop bullying situations in ways comfortable for them — directly confronting the bully, getting an adult to help, not participating or laughing when someone is being mistreated, using humor, showing compassion, etc.

This recent article in the New York Times describes how often bullying happens within the popular crowd. Anyone who’s involved in a school knows that there’s a lot of truth to that…and it makes stepping in even harder. It makes me think that this training has to start early — kindergarten on up — before kids get too sucked into cliques.