Cyberbullying: Two Things Schools and Parents Can Do 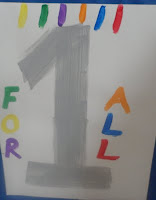 At last night’s cyberbullying summit sponsored by the New York City Council, two things struck me: 1.) It’s great that the room was full and there’s clearly more interest and awareness on the subject and 2.) We don’t quite get it yet.

Hearing From the Real Experts: The Kids

ENACT, an awesome NYC high school performing group, opened the night with a fantastic short play about sexting. That woke everyone up. It got our attention because it skillfully showed how even good kids can get pressured and send provocative photos of themselves.

One brave girl was there to tell her real story. She was a good all around student but in a spur of the moment act — it took six seconds –sent a photo of her breasts to a guy which he forwarded and it spread like wildfire. Her mother was nearly in tears talking about the bullying and harassment her daughter received for four years after the incident. It was heartbreaking to hear her mother talk about the fact that kids are being charged as sex offenders. It’s true. Think about that. They have to sit in the same room as rapists and pedophiles in court ordered therapy sessions. They can’t live near a school, for example, for 25 years.

Another highlight was listening to a Wired Safety panel of teens and tweens (and even an eight year-old) talk about the various ways that the internet, and particularly cell phones, are being used as weapons. Among the 77 ways (yes, they said that 77 ways had been identified) that kids use technology to hurt each other were things like picking up someone else’s phone when they’re not looking and sending mean messages or pretending that others sent you harassing messages to get them in trouble. Then the drama starts, which is why a lot of cyberbullying is done in the first place. Teens love drama.

The reasons and the perpetrators can be categorized in a variety of ways. Some are mean girls (and boys); some have been bullied before and want retaliation; some are shy offline and are flexing their muscles online. But the bottom line here is that all kids are capable of doing this. Many just don’t know better. Most are just kids.

Next steps? A panel comprised of reps from Common Sense Media, NYC Dept. of Ed, MTV, Facebook, Microsoft, AT&T, and the Relationship Abuse Prevention Program were on hand to report on what they were doing as organizations to help stop the epidemic. Unfortunately, it’s not enough. Two basic things are missing. We need a reporting infrastructure in middle and high schools that can handle sexting and cyberbullying incidents. Schools literally do not know how to handle this issue — and the policies and laws are not clear, which is scary. We need to help them out by untangling a few of these strings. (An organization in D.C., iKeepSafe, has an initiative called Generation Safe which is trying to do just that.) Secondly, we have to start teaching internet safety as young as kindergarten and include parents. (Common Sense Media and others mentioned to the right have fantastic and often free materials.) No two ways about it.

Other Countries Struggling With Same Issues

Just saw this piece from Australia this morning on this very subject. I’m with you, mate.

If you had two suggestions, what would they be?