By Susan RaischOctober 3, 2012 No Comments 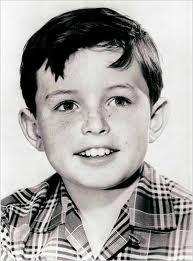 I wanted to share some news about a study about what kids are seeing on television every day.  Meanness.

Kids are surrounded by verbal and non-verbal mean messages.  When I look back on my childhood, bullying definitely existed but when I went home from school, we watched Leave It To Beaver, or Father Knows Best.  At the very least, kids were exposed to shows that made it clear that there was “right and wrong.”  As corny as those shows were, they were entertaining to us and they reinforced the messages of making good choices.

According to an article in the Deseret News:

Researchers examined 150 television episodes of the 50 most popular television shows for children, ages 2 to 11, as ranked by Nielsen Media Research. They noted socially aggressive incidents that targeted self-esteem or social status through gossip, mean facial expressions and/or friendship manipulation. Such incidents, they found, occured once every four minutes, or fourteen times per hour.

We can offer great programs in schools but when kids go home and turn on the TV or if their siblings are allowed to bully them, it’s almost mission impossible.   Most of us receive messages by what we see.  What they’re seeing is that you get power if you’re mean.  Think about it,  most shows, even if they’re geared towards elementary school-aged children, have an edge.

As parents, we tend to ignore what they’re watching, especially if we think it’s something safe and made for kids.  My advice is to watch every show with them at least once.  If it’s not sending the right messages, bring it up.  Make them critical thinkers.  Sometimes television can be a great tool to talk about issues they might be facing in school…but beyond that, don’t let them get a steady diet of shows that don’t represent how you want them to behave.

Our focus is so much on schools but they can only do so much.  Of course, we all have to step it up a bit and take more responsibility, but that includes Hollywood, too.