Bullying Lesson: PR Professional/Dad Stepping Up To Help Another “Average” Dad in Crisis

By Susan RaischOctober 8, 2010 No Comments 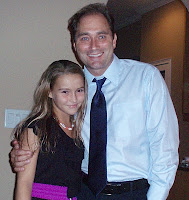 You’ve seen the story of James Jones and the infamous tirade on the Orlando school bus. Here’s another — and inspiring — part of the story.
1.) Never flip out on a school bus. You might embarrass your child. You might embarrass yourself. You might end up in jail.
2.) If you do make a mistake, sincerely apologize.
3.) Never forget that there are good people in the world who, whether they’re asked to or not, step up.
It’s the third lesson that hasn’t been covered.
So Ryan stepped up and offered to help the Jones family and fortunately, James Jones has been able to speak on behalf of so many frustrated parents. Bullying is heart-wrenching and can push a parent to the brink. It inspires rage and often clouds our judgment.
When asked if he would do it all again, Ryan answered:

Without question, I would do it all over again. I feel I am the one who has truly benefitted from my relationship with the Jones family. I’ve seen the true love and admiration of a family leading a modest life filled with challenges. We could all learn something from them, not just about bullying, but life.