Bullying: Are Schools Entirely to Blame? 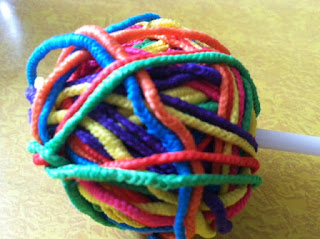 The last post was from the perspective of a parent.

It’s also fair to look at things from the perspective of the school.
What I hear from many elementary school principals is that “bullying” has become such a talked about subject, parents and kids are confused by what it means.  I was told by one principal that after the school hosts an assembly about bullying, she gets barraged the next day by kids complaining that if another child bumps into them in the hall or looks at them the wrong way, they’ve been “bullied.”
It’s hard for schools to keep up and parents don’t always make it easy.  Often parents don’t admit to the role they play in making the problem worse.  Parents flying off the handle can do a lot of damage.  This is not to say that parents can’t feel frustrated and protective but berating a teacher or school secretary isn’t teaching the child anything.  Correction.  It is teaching them something.  Either 1.) they’ll start to over react themselves and learn that screaming is communication or 2.) they’ll never tell you again about a problem…and that’s a serious issue.  Kids should not try to handle everything alone.
Believe it or not, handling conflict is a teachable moment and children learn by example.  It’s called leadership.
Schools are also fighting an uphill battle and our pop culture is the biggest challenge.  Kids are being exposed to so much meanness and violence in what they watch and hear outside of school that it’s almost impossible for them not to bring some of those behaviors into school.
Are we in denial?  Even young kids are playing inappropriate video games, watching reality shows,  are allowed on Facebook and have smart phones before they’ve developed good judgement.  For some reason, companies are getting away with marketing irresponsibly to our children and as parents, we are afraid to say “no.”
We can’t depend on schools to raise our kids.
Any thoughts on how we build better parent-school relationships?
Love0 Share Tweet Share 0 Share Pin