Gay teens — or teens and kids perceived as gay — get bullied often and brutally. It’s horrible and needs to stop. 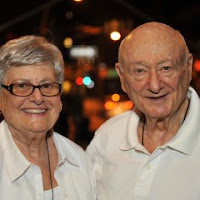 No doubt about it.

But there’s another group of kids that can’t seem to escape it either. Ironically, it’s another three letter description — Fat — or perceived as “fat”– in our “size 0” society.

I don’t think kids who get teased for their size get as much support as other kids. The list of mean adjectives thrown at kids in the hallways, on the bus, in the schoolyard and online are endless. Fatso, lard ass, grotesque, etc., etc.

Can you imagine how hard it is to struggle with your weight and feel like you’ll never fit in because you’re not wearing those cute jeans, you’re not comfortable in gym class, you feel like everyone is watching what you eat in the cafeteria and nobody wants to sit next to you on the school bus? Torture.

Recently, former NYC Mayor Ed Koch, released his new children’s book, co-authored with his sister,Pat, Eddie Shapes Up, based on his experience as a fat child (his words, not mine.)

In an Oct. 7th radio interview with CEO and founder, Linda Frankenbach for fitsmiForMoms.com, Mayor Koch not only talked about his weight as a child but the burden of being bullied.

I was a fat kid, and when I was in the schoolyard, the other kids would call me ‘fatso,’ and I will tell you that it seared my soul.

He shared some words of wisdom for parents, and since he’s 87, it demonstrates that these childhood experiences never quite leave you:

You have to encourage a child, never make fun of a child. Other children are mean-spirited and will make fun – that’s the nature of being a child. But a parent can’t make the boy or the girl feel additionally upset because they think you don’t love them because they’re fat.

My parents never asked me about being bullied. That was a private matter where I had to depend on my friends. But I think every parent should say to their child, let’s you and I be really close friends and share our secrets. Tell me, maybe we can help.

I’d like to add to that list. Don’t let your child tease about someone’s size. Overweight kids often pretend it doesn’t hurt but there’s no way hurtful comments that make you feel diminished are ok.

If you have a teen girl struggling with her weight…or if you’re a parent of a child who is overweight, visit fitsmi.com and it’s companion but separate site, fitsmiForMoms.com. Kids and parents need extra support — not nasty comments — when they’re struggling.

Ask any overweight child why it’s so hard to be bigger than the other kids. As Michaela McNutt,a young 11 year-old girl in Florida who lost over 50 pounds with the help of her mother and is now inspiring others to do the same, says:

I know the bullying, the teasing. And you can do this. It’s not impossible.”